With the rise of the tank, first seen in the First World War and massively impacting the Second, fighting forces around the world needed to produce weapons that could penetrate these mechanical beasts. Anti-tank weapons were developed for use against this newcomer to the battlefield. These included missiles, guns and mines that could render such beasts unusable.

During WWI, the initial response was the use of grenades and large caliber rifles to try to penetrate the relatively weak armor of early tanks or to blow off their tracks. The use of artillery and land mines were also quite effective. 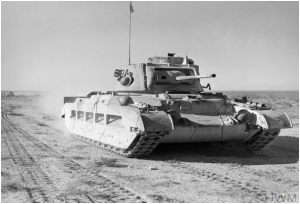 At the start of WWII, some low-trajectory artillery guns had been manufactured to be used as anti-tank weapons. They fired special ammunition and as the war progressed, larger calibres and many different types of ammunition began to be used. These included shells that were tipped with a tougher alloy, better propellants to improve speed and more powerful explosives. If you’ve always been fascinated by tanks, did you know that you can now have a Tank Driving experience? Find out more with Armourgeddon Tank Driving Days.

One of the most successful anti-tank guns of the Second World War was the German 88-mm anti-tank gun. Other anti-tanks guns made use of a hollow or shaped shell that would explode on impact, pushing the energy forward making the penetrative force far greater. Other guns developed included recoilless rifles.

The Second World War also saw development in a range of anti-tank missiles and other launching platforms, of which the U.S bazooka was probably the most well-known. The bazooka was a short-range rocket launcher that could be transported and aimed by a single operator. 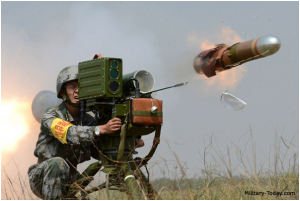 It wasn’t until after the Second World War that major advances in the technology of anti-tank weaponry took place in multiple directions. One of the most significant of these was the development of electronically guided missiles, using either a wire or beam guidance system.

By the arrival of the 1970s, guided missiles had obtained a good rate of accuracy, range and refinement. Guns used for anti-tank purposes had also improved and developed, specifically in terms of accurate projectiles, explosives, propellants and the production of the gun tubes.

This guided missile that emerged after WWII was the main anti-tank weapon to be developed in the fight against enemy tanks. They were also designed to be effective against bunkers and buildings. They advanced to acquire significantly more power and range capability than the earlier versions.

Anti-tank missiles were originally designed for infantry to provide self-protection, flexibility in tactics and to be easily mounted onto trucks, armored vehicles and crucially, anti-tank helicopters.

The earliest guided missiles were controlled via electronic instructions that were sent via very thin wire which came from a spool located on the back of the missile. They were propelled by solid fuel rockets and used aerodynamic fins to provide essential control and lift. The tracking had to be completed visually with a tail flare on the missile and commands were given via a hand-guided joystick. The missiles were designed to be launched from a transporting container and able to be handled by only one or two operators.