There are few sports that can compete with the passion and enthusiasm inspired by football. Nowadays it is enjoyed globally by millions of devoted fans proudly wearing their team’s colors, whilst serenading their audience with rousing anthems and chants. The game has certainly progressed since its roots – but how much do you actually know about football’s origins? Read on to discover just how the beautiful game came about. 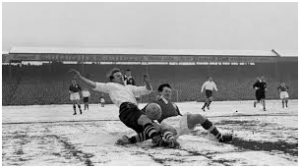 Whilst England is frequently credited with creating the game of football, primitive games with a similar concept can actually be traced as far back as approximately 3,000 years ago, originating from Mesoamerican cultures. Researchers have discovered the ball used for this early game would be carved from stone during these brutal tournaments and suggested that the captain of the losing team would be sacrificed to the Gods. There are few texts to explain how these early games were played. Players nowadays certainly have it easy in comparison, only having to survive the wrath of their managers after a game!

The earliest known concept of kicking a ball around dates back to 2 and 3 BC in China, known as Ts’u Chu or Cuju, which translates most closely as ‘kickball’. During this game, a leather ball filled with hair and feathers was used, and the players would have to try and score in a small net between two bamboo canes. The use of hands was not permitted during this game. This is one of the earliest recorded games that can be closely linked to the modern game of football. 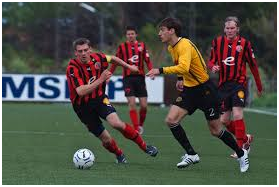 Thankfully, the game has progressed substantially since its early origins. Nowadays there’s far less sacrificial content and the rules have progressed to become somewhat complex, meaning the game is more heavily dependent on the use of skills and tactics to win, rather than brute force and intimidation.

The contemporary history of football dates back over 100 years to 1863 when the FA was established. Since the early versions, more rules have been implemented for the safety of the players and fans alike. Similarly, more merchandise and tools are available worldwide, and Cheap Football Kits suppliers such as kitking football kits provide any and all equipment you could possibly need, both as a fan and a spectator!

The sport has grown massively since its establishment, and now has hundreds of national associations, as well as over 200 nations participating in the World Cup qualifiers. What with such a large following and ever-growing industry backing the sport, what’s not to love about the beautiful game?

Previous Post: How Shin Guards Help in a Game of Football
Next Post: Think tank recommends abolishing Stamp Duty on properties worth less than £500k