The Monaco Grand Prix takes place at the end of May, and for many motorsport fans, it is considered the most glamorous of the Grand Prix series. Here is a look at what makes this event so famous. 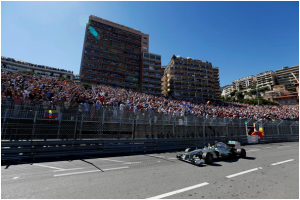 One of the reasons for its glittering reputation is the history behind it. It has been a fixture in the championships since 1950 and witnessed historic wins from legends including Michael Schumacher and Ayrton Senna.

This week, the world of motorsport is mourning the loss of one of the all-time greats, Austrian Formula 1 champion Niki Lauda, who died at the age of 70. Lauda won the Monaco Grand Prix in consecutive years in 1975 and 1976.

The Monaco Grand Prix is renowned for its stunning scenery. The route is partly set along the harbor, and fans can watch the race from their hotel balconies, five-star luxury yachts and the many street bars, casinos, and restaurants lining the track. This makes it the perfect location to enjoy the excitement of this prestigious event. The F1 Paddock Club Monaco is offering tickets to fans wanting to see the race close up and experience the adrenaline firsthand. You can find out more about the F1 Paddock Club in Monaco before you decide.

Although the circuit is the shortest in the world, it is also one of the most challenging and includes steep hairpin turns and the famous tunnel. It sees drivers go from ground level up to 44 meters high.

The track preparations begin six weeks in advance, and the dismantling of the track takes a further three weeks. The course has changed several times over the years but has kept its key features. Because of the track’s notorious tight bends and turns, overtaking is difficult and extremely challenging, with the chicane considered one of the few places where overtaking can happen.

The Monaco Grand Prix is a great place to do a bit of celebrity spotting with many A list Hollywood stars arriving in their yachts to entertain guests and watch the race from the water.

The Monaco royal family also attend the event, with Prince Albert and his wife Princess Charlene said to be fans, adding to its reputation of glitz and glamour.

Previous Post: Pension or buy to let property?
Next Post: Six Colours to Wear with Red That You May Not Have Thought Of